So I've decided to start a new thing - Flashback Fridays! Since I only started this blog last November when Avery was already 20 months old, there is a lot I haven't talked about. SO I'm going to try and remedy that and make an effort to tell her whole story in pieces. So while I probably won't be good enough to do this every Friday, I will try to me Flashback Fridays a fairly regular thing :)
Today I think I'll talk about how Avery got into the Early Intervention program.
During the 10 days following Avery's birth when she was still in the hospital, she was visited by seemingly countless doctors, specialists and therapists. One of these was a physical therapist named Angela-something. The day Avery was released was a bit of a chaotic and exciting blur because I got a call as I was in the hospital elevator with my Mother on our way up to see Avery, and they said that Avery was going to be released that day, and then there were about a billion people who needed to talk to me and/or make me sign something, one of whom was this physical therapist. I remember thinking it was a little ridiculous that Avery had been seen by a physical therapist, because how much could a newborn baby be expected to be capable of?? Anyway, she explained that Avery's muscle tone didn't seem quite right, and that she wasn't holding her body as well as she should be when she was picked up. Again, I thought this was silly at the time, but since having my son 2 months ago, I am now more aware of how weak and floppy Avery's sweet little body really was when she was born, because my son just seems to be so strong, especially his legs, and I know Avery's legs were never like that. So at the time, not knowing any better, I was skeptical, but listened to her anyway, and she told me that someone from Early Intervention would be contacting us to arrange coming out to our house to evaluate Avery's physical state and decide how much help, if any, she might need. So at the end of March 2006, when Avery was about 6 weeks old, Avery's "team" came out to see her, and established it would probably be beneficial for her if she got physical therapy. Her gross motor skills were the main reason for this, because as far as they could see during the evaluation, she was still working at pretty much a newborn level. Poor baby, she had such a thin little neck and overly heavy head, it was extremely frustrating for her to be on her tummy because although she was trying really hard, she could hardly move her head at all. Understandably. So they made a list of goals for her and target dates for when they hoped for her to achieve them. So this was how that looked-

Avery started having twice monthly visits from her physical therapist. I don't remember the first girl's name, but after a couple of months we were given a new PT, Lisa, who is still Avery's physical therapist today, although she works at the hospital these days and not for Early Intervention. We love her. After a few months, once Avery was old enough to be awake and active for longer periods of time, we started having the PT sessions every week. Sometimes she loved it and was cooperative, and other times she hated it, but Lisa has always been really great at getting the most out of her, and Avery just loves her. Of the goals listed above, Avery reached the first couple not too far behind schedule, although I remember rolling was not a fun thing for her to learn. #6 took a long time...in fact, although Avery was able to stay sitting for 30 seconds or so if placed in that position well before she was a year old, she wasn't able to get into the sitting postion by herself until she started crawling at about 14 months, and even then it was by pushing back from crawling into a W position. She still has a strong preference for that position, which is not good for her. She can now sit cross-legged or with her legs straight in front of her, but she doesn't like it, and her back is still quite curved under in those positions, giving her quite poor posture. 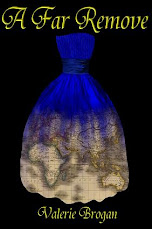 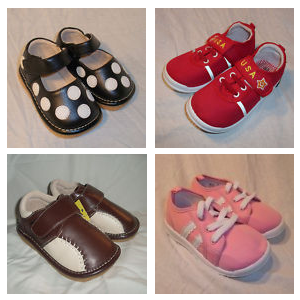